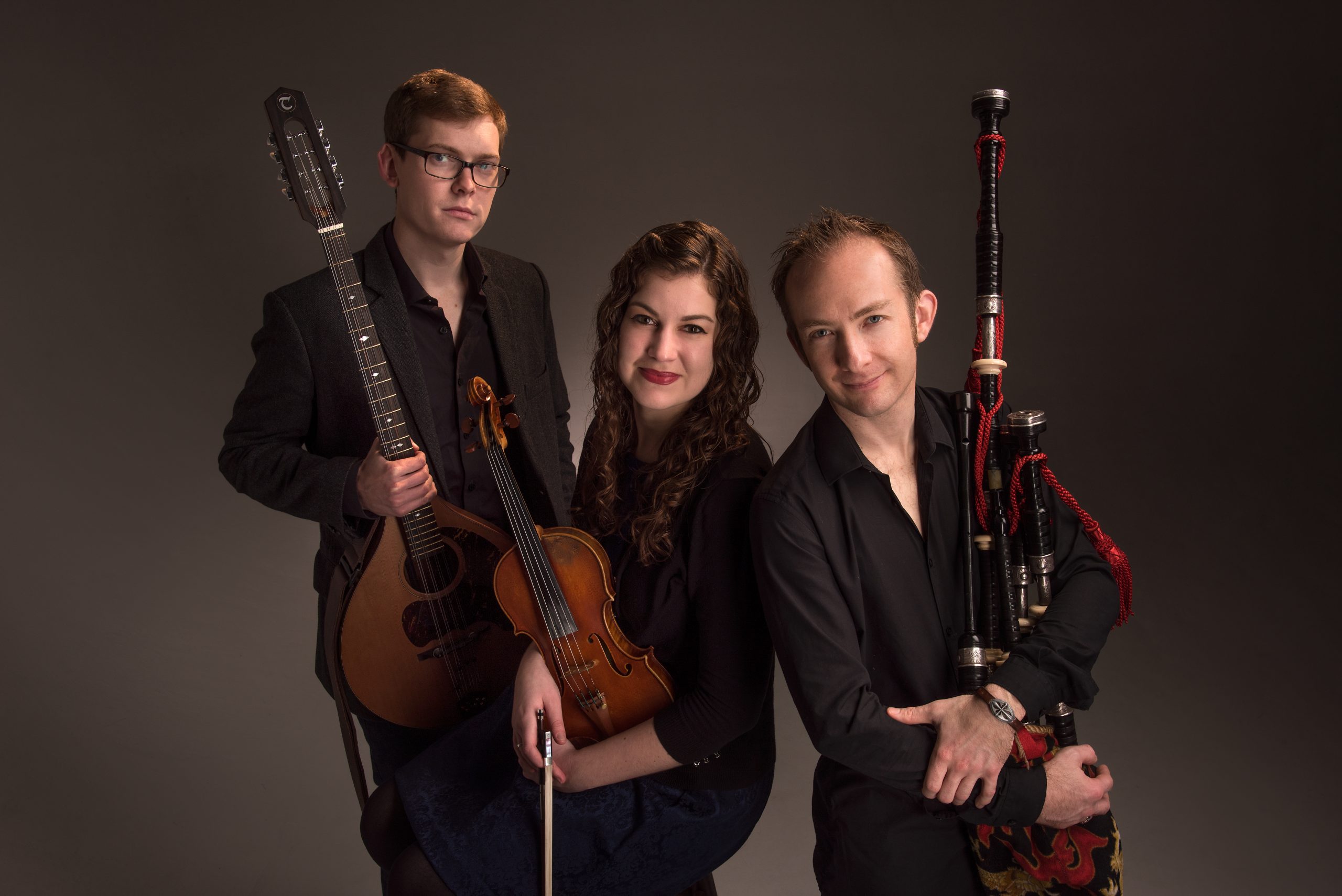 The Fire is a high-energy traditional music band that combines world-class performances of blazing Scottish music with a distinctly Californian flare. The group includes International Scottish Fiddle Champion Rebecca Lomnicky, dynamic bagpiper and multi-instrumentalist David Brewer, and Royal Conservatoire of Scotland graduate Adam Hendey on guitar, bouzouki, and harmonium. All three band members have lived and studied in Scotland, and work together to further contribute to the traditions of Scottish music in America through performances and workshops funded by agencies such as the National Endowment for the Arts.

In 2005, Rebecca won the Junior Division of the U.S. National Scottish Fiddle Competition, and in 2009 she won the 20th Annual Glenfiddich International Scottish Fiddle Championship held at Blair Castle, Blair Atholl, Scotland. Rebecca has been featured on BBC Radio, and was recently interviewed by Fiddler Magazine which stated “Rebecca has proved herself to be an accomplished and gifted interpreter, composer, and champion of Scottish fiddling.” In addition to her performance accolades, Rebecca holds a M.A. in Ethnomusicology specializing in Scottish traditional music, and is currently teaching and pursuing a Ph.D. at the University of California, Berkeley.

David Brewer is a multi-instrumentalist who has toured with the Scottish super-group The Old Blind Dogs, and with Molly’s Revenge across the US, the UK, Canada, China, and Australia. He has been a special guest of the six-time Grammy-winning group The Chieftains, and was a key musician for the sound track of the PBS documentary, “Andrew Jackson: Good, Evil, and the Presidency.” David, who is known for being animated and engaging on stage, compliments Rebecca’s award winning fiddling with Irish penny-whistle, bodhran frame-drum, and primarily the Scottish bagpipes on which he is unarguably one of the most energetic and charismatic performers of the instrument in the world today.

Adam Hendey brings a rich layer of guitar, bouzouki, and harmonium to the foundation of the group’s sound, along with inventive arrangements of traditional repertoire and original compositions. His versatile accompaniment style supports new interpretations of traditional music that combine influences from a musical upbringing in folk sessions, training in Western classical music theory, and a love for pop music from around the world. Adam is a graduate of the Royal Conservatoire of Scotland, and holds a M.A. in Traditional Music Performance, with a special emphasis on guitar performance technique.

Together, The Fire performs captivating, contemporary Celtic music which bridges the gap between the coasts of California and the highlands of Scotland—two worlds united, into a heartfelt and rousing musical experience. Between their entertaining and informative stage banter, vast array of instrument combinations and extensive repertoire, including everything from soaring slow airs to intricately arranged dance tunes, these charismatic performers will leave you on your feet with your hands together.

The Fire is currently based out of Santa Cruz, California, and has recorded five albums together. For more about The Fire, please visit: www.thefirescottishband.com